On Monday 24 June, NT Port and Marine hosted a visit from the Hon. Michael Gunner MLA, Chief Minister of the Northern Territory, and various members of the Northern Territory government. In a first for the Port, the party arrived and departed via the SeaLink ferry ‘Tiwi Mantawi’ which berthed at the approach pontoon due to the high operational tempo of the Port.

The group visited Port Melville, where the ‘MV Manzanillo’ was in the final stages of loading the second export shipment of Tiwi pine logs, as well as the nearby township of Perlangimpi. 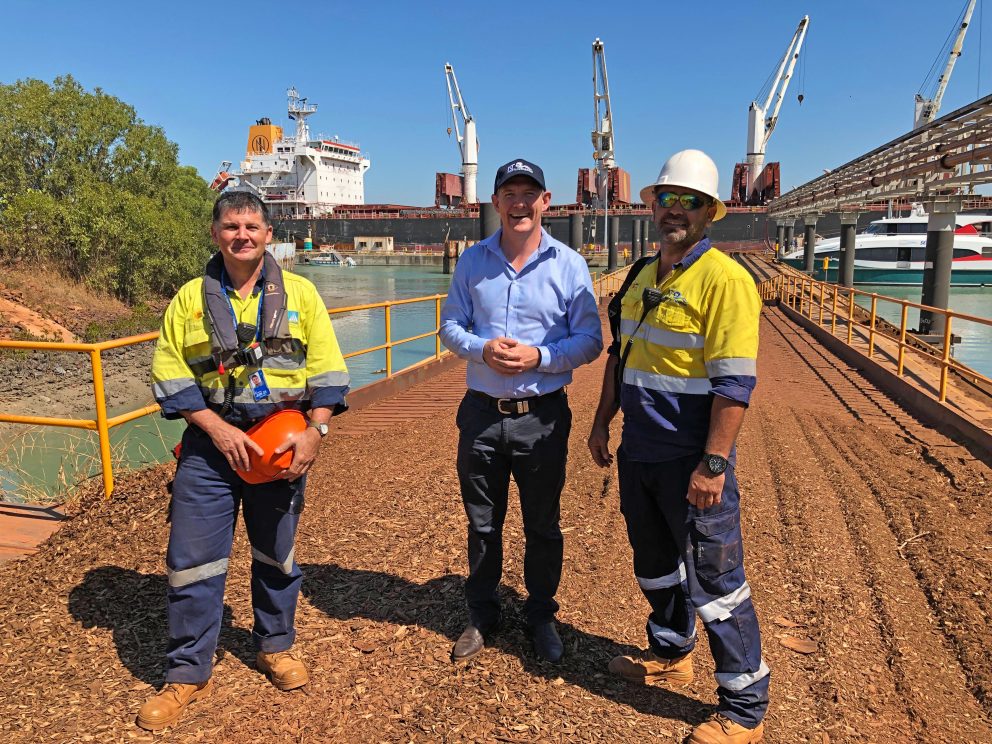 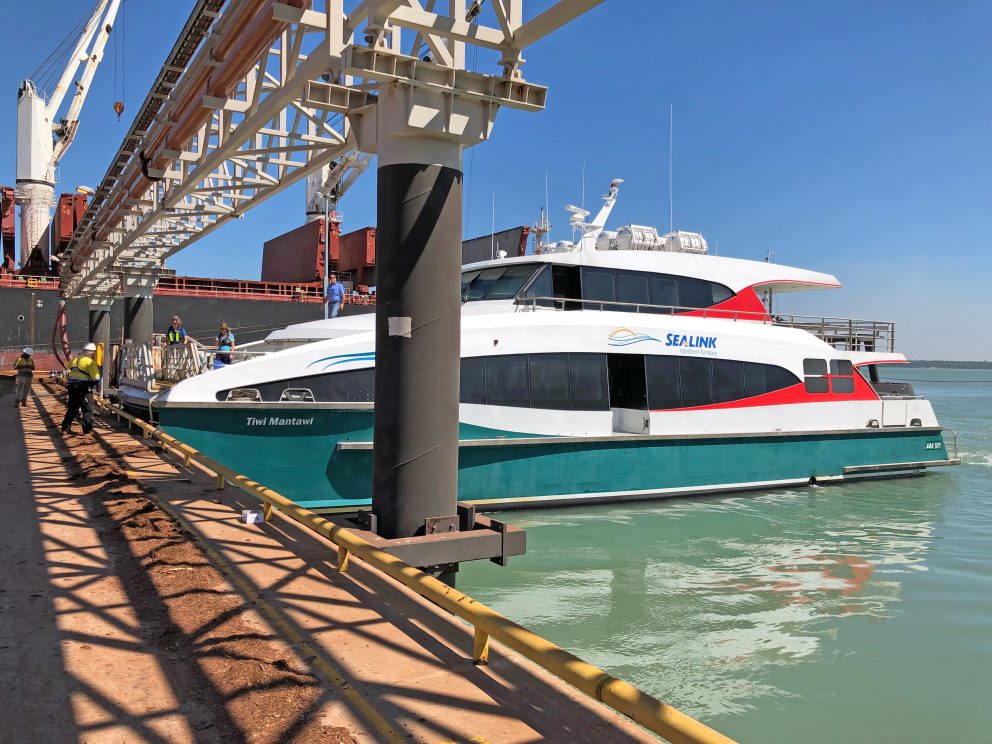